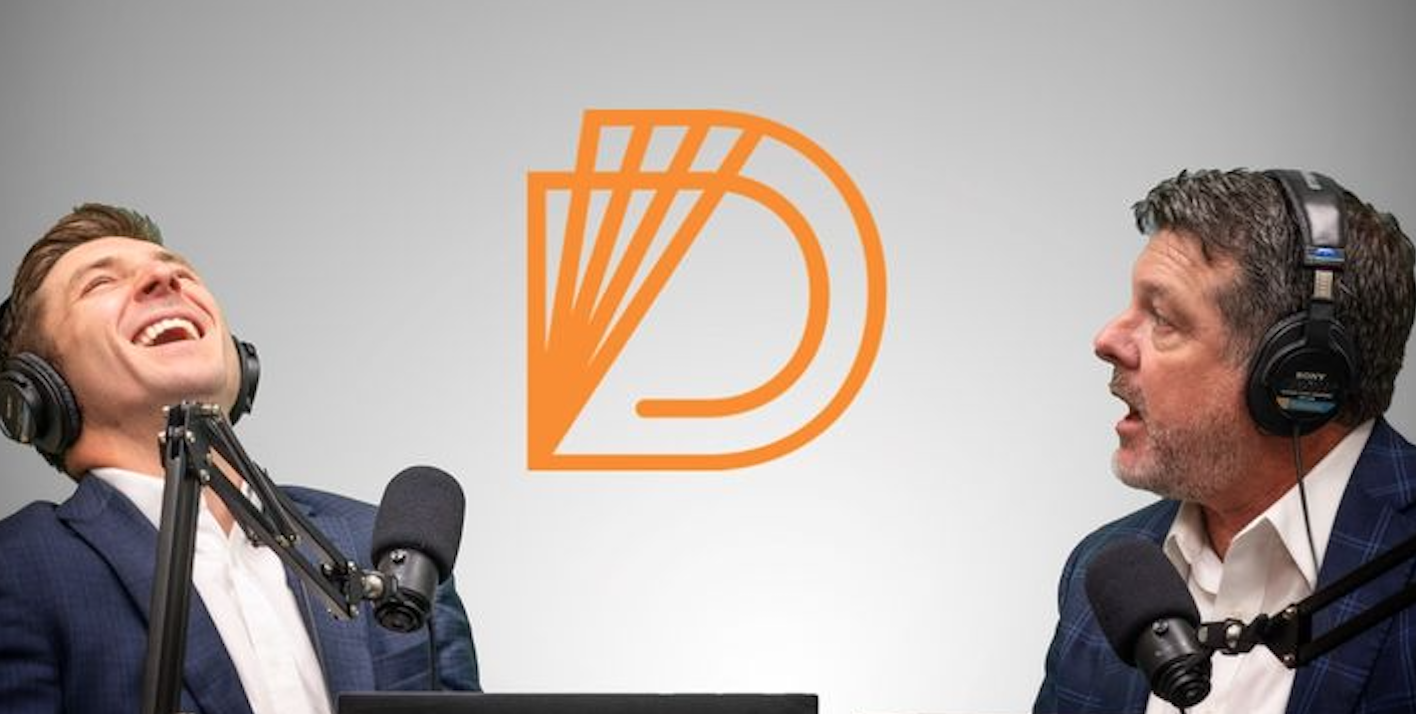 Aaron Bare on the Decidedly Podcast

We live in an exponential world that is exponentially changing. How do we keep up with the endless decisions demanding our attention?

Aaron Bare, strategic leadership facilitator, shares the power of thinking big. His method of exponential thinking revolutionizes the way decisions are made, creating forward momentum in life, business, and community.

You can listen to the full episode here and everywhere you get your podcasts.

Don’t have time for the full episode?
Check out the 15-minute highlight reel! You can download it directly here.

Below are three separate clips from the podcast, with the accompanying transcripts.

In this clip, Aaron discusses empathy, rational compassion, and cancel culture. You can listen to the full episode here on Spotify or anywhere else you get your podcasts.

“And yet our biases are deeply rooted in epigenetics, and they come out when it actually makes our private decision. We’ll go along with a group to not stir up the pot, whether it’s, you know, this is the dangerous part of society we live in with social media, you know, create extreme opinions on every side of the equation. You know, all of a sudden, you have groups of people going along with decisions that they would have never you know, they would have thought through it and said they would have made their own opinion. But now they’re just like, ‘I’m too tired and exhausted from all this information. I’m just going to go,’ and, you know, whether you believe in a far, you know, conservative or Trump or Republican or Tea Party or whatever it is, you’re just like, ‘I’m those things, that’s the decision I made,’ which is a pretty lazy way to go through life. But that’s what we’re doing today, even by the people who surround or their social media feed that feeds us. It makes us inactive to say this is the public persona.”

“So all of a sudden when you get into a boardroom or a family office and you want to make a decision, all those things are coming into this decision. And that’s where there’s a there’s a couple of books, one called Collective Illusions by David Rose and another one called Against Empathy by Paul Bloom. Two very, very good books that I always recommend to leaders because they really look at this, these social problems. One, the collective values that we just talked about. The second is empathy is in this I think he started this argument because, you know, everyone says the world needs more empathy. But what empathy is, is it’s a story about an individual that all of a sudden you’ll make a decision on behalf of one individual against the collective, you know, a group of people or a group or the world. And it’s because you start to feel for that. So empathy in itself has biases in it that are ingrained in how we feel about certain people and certain things.”

“So it’s more about getting to what you’d call rational compassion, where you can actually synthesize, you know, empathy for maybe a situation, but then start to look at all the different shareholders or all the different people involved in that decision. And that’s in my book. I have something I’m sure you guys have heard the golden rule, right? So have you heard of the platinum rule? The platinum rule is treat others as they want to be treated, which I think today we’re starting to see that demand is not treat others as you want to be treated. And then beyond the platinum rule in my book is the Rhodium Rule, which is to think about the entire ecosystem because so much leaders today are making decisions or not making decisions with a lot of unintended consequences of that.”

“And I think that’s where, you know, all of a sudden we have a ripple effect, you know, and this this is happening in politics. It’s happening in every company and in America, down to small businesses where the indecision actually has consequences. And in a world that is accelerating, yes, we have to speed up our decisions and we have to be willing to make more mistakes. And, you know, the reality is we have to avoid cancel culture. We have to understand that we learn from our mistakes and keep moving forward. And I think that’s a part of society that we really have to get over right now, is to have some compassion for people that they’re learning, because one of them is on a different journey and has a different set of biases and family histories and everything. We didn’t choose our families. We didn’t choose where we grew up. We didn’t choose our you know, a lot of times our religion or our race or any of those things. It’s just how can we actually evolve so that we actually start thinking about all people when we’re making decisions, not just thinking about our people or our tribe and those kind of things.”

“What you see often politically, religiously, you know, you can you can name the different subjects, but all those alter our decisions because publicly and privately we feel differently of what we’ll say publicly. And we will see that, you see it in the vote and politics, but you also see it in a boardroom of a global 100 company that I’ve spent time in Tel Aviv with a board of directors of a global carmaker. And you’ll see they all come from different parts and they all have very different opinions on how it should happen. What happens is a paralyzed it’s like, ‘well, you know, let’s just talk about it some more and we’ll make a decision.’ But with the whole world passing those companies by growing exponentially, now you see those cars literally driving, you know, you see that car company driving those cars off the cliff, which was my role to come in and say, ‘hey, you know, galvanize a decision because there’s all these exponential companies that are there that are aimed for you. Your indecision is a decision that actually affects hundreds of thousands of jobs.’ And now we’re seeing that as those carmakers are laying off those people and, you know, candidly, even making multi-billion dollar decisions.”

Aaron discussed using friction as a tool, and creating new meaning through facilitation.

“Sanger’s comment about friction is friction can be good if we can redefine a term and I even use this with my own wife, you know, let’s not argue, let’s create new meaning.”

“Meaning it’s obvious if there’s something that we’re not understanding now that I need to understand it from your perspective and you need to create meaning for that out of those words. So what do you want me to learn? And it really changes the dynamic. We’re never you know, we never argued. You know, it was it really creates a co-relationship.”

“The same with work relationships. When you get people in the boardroom or in a group offsite or a strategic planning session, it’s sometimes their turn to kind of, you know, get their initiatives on the table and get everybody behind it. But what you need to do is first debunk each of their languages, like marketing has a different language than technology, leadership has a different language because they talk to investors. You know, everybody has their own people that they’re serving. And so all of a sudden is how do you create a baseline when we’re talking about something? So I’m often like saying, ‘well, how would you interpret that?’ And asking another group. And at the same time, I’m really bringing people into a conversation where they’re making decisions. They just don’t know they’re making decisions. And I have!”

Aaron on No Decisions vs Bad Decisions:

Aaron Bare and podcast hosts Sanger Smith and Shawn Smith talked about the importance of decision making and that not making a decision is a decision of its own.

Sanger Smith “You’re totally right that we’re in the minority in the belief in placing a premium on speed.”

Shawn Smith “Well, you know, I mean, I think there are a lot of people who feel like they want to avoid making a bad decision without recognizing that that no decision is, in fact, a decision. It’s a decision not to act while they’re not acting. The world’s moving past, and I think it’s particularly challenging for groups.”

Listen to other podcast appearances by Aaron Bare here.

E-mail Forbes to book Aaron on your podcast.

Aaron Bare is an Strategic Facilitator and a Wall Street Journal, USA Today, and #1 Amazon Bestselling Author of Exponential Theory.